So traditional media is dead … right? I mean listen to any pundit and they will tell you that television, radio and print all died sometime shortly after cable and satellite brought the DVR to market. If not then the nails were definitely in the coffin when Apple, Netflix and Amazon all collectively said “hey…who wants programming?”

Back in 2006, advertisers and the agencies that serve them quickly recognized the trend and began shifting budgets to digital and social media. New, smaller agencies that specialize in digital/social sprang to life while vanguard agencies created entire new divisions in an effort to retain clients. Old, sometimes difficult but always up for a drink media buyers were displaced by know it all millennials that wore plaid shirts and said words like ‘search- optimized’ , ‘video pre-roll’ and ‘iced grande vanilla whipped caramel frappuccino with two shots of espresso’.

So where do we stand today? Media consumption has undergone all of these dramatic changes and candidly it’s still changing as we speak. Is traditional media dead? No … not at all in my opinion; it simply requires a better buying strategy than it did in the past. You can’t just buy anything on TV, radio or print and get the same results that you used to get.

Here are some broad generalities on our philosophy on media buying in today’s new world:

I like to look at events that aren’t readily time shifted when it comes to TV (sporting events, awards shows, news, etc.); radio endorsements (live reads) and traffic driving promotions are fine as long as they aren’t over-priced. Print can be utilized effectively if you can get the message to a relevant audience and it’s not lost in a sea of advertisements (print has a tendency to overdo that sometimes).

Digital/social media either support or become the primary depending on just what the client is looking to accomplish. Again, relevance is key and easily achievable in this arena. Some buyers will woo you with big aggregate numbers but if the ad isn’t served to a relevant audience then you are simply wasting your money.

The real message I’m putting forth is balance in your media strategy. You don’t need to rely on one over the other. There are compatible mixes with traditional and digital media that can be extremely effective and readily executed when you take the time to evaluate all of your advertising options. 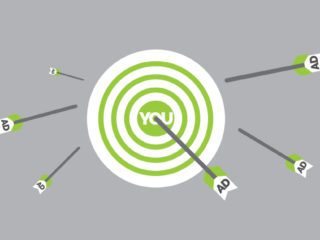