You don’t have to be the owner of an ad agency in Phoenix to see firsthand the impact that digital technology has had on traditional forms of advertising. For the most part, the digital revolution has not been kind to print, radio, television or cable.

I’m not here to say that digital technology has decimated traditional media … I am here to say that most of them have been negatively impacted as digital advertising became more refined, effective and mainstream.

Most of the aforementioned traditional advertising platforms are now doing their best to sell digital assets, which I find amusing in some cases and valuable in others. It depends on who’s selling it and just how they are packaging it with their core assets.

But that’s a blog for another day.

There is one form of traditional advertising that has benefited significantly from digital technology. Outdoor advertising or has some people call it … billboard advertising.

Whereas everyone else has been marginalized to some degree, our friends in billboard advertising converted a portion of their assets to digital boards creating more inventory to sell and driving down prices for clients.

Digital billboards also gave them the ability to swap out a client’s creative easily and faster than traditional billboard ads. In fact, digital technology allows you to switch out creative in real time.

Last and certainly not least, billboard advertising is exploring (if not perfecting) location based ad delivery that can serve targeted ads to people driving by. I’m not quite ready to call this a win but in certain circumstances it could be a very nice addition to their overall capabilities.

And while I’m piling on, I would rate their managers and sales people as pretty damn good. Especially when compared to the degradation I’ve seen in some other forms of traditional media.

Now before you fax me a job application, know that I do still think very highly of the TV and radio stations that I work with. I just think it’s interesting to note that while other forms of media have been marginalized, outdoor advertising has quietly benefitted from digital technology in a big way.

At ReThinc Advertising, we’ve had major success using outdoor to drive brand awareness, enhance digital advertising campaigns, and provide directional or location assistance to various brands. If you’d like to see how we did this, give me a call at 602-284-6722 or send me an email at ed.olsen@rethincadvertising.com.

Or you could put a sign up in front of my office, I guarantee that it will get my attention. 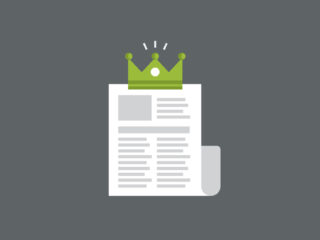